Thanks to social media, my Facebook feed has been flooded by shares, reposts and people voicing out against the “crazies”. For all the horror that has been inflicted onto children, let us note there exists, perhaps, a renewed hope.

For far too long, the silent majority has not spoken very much. They have finally have. Friends whom I know that are clearly not into current affairs or local issues have spoken up, shared and liked posts on this issue. It may have come a little late, but their response gives us hope that they will indeed speak up when someone goes too far.

People from various walks of life have indeed written their face statement on this issue. An example: a prominent public intellectual:

Clearly the NParks director made a point: two lawns, so one lawn to each group. No big deal about it. If HHH had accept the terms there and then, end of story.

But that was not the case. What we see here is a “new citizen” of Singapore going all bonkers and demanding her rights at the expense of everyone else and calling out all sorts of conspiracy theories just to advance the agendas they fight for.

Some might ask: isn’t a protest supposed to be disruptive? There is a fair point to suggest that protests possess an element of disruption (otherwise it will just be a kid throwing a tantrum).

However, a responsible and reasonable protestor who wants to make his or her demands known will try his or her level best not to disrupt the innocent. London is a good case study. Tube workers have gone on strike, protesting about various unfairness and grievances they face. They disrupt the Tube. Reasonable enough. Because of the disruption they cause, they announce it. People feel the pain of the Tube not being usable and hence are inconvenienced. Aims of strike achieved. Protests, strikes and riots are not the best way to solve problems, but they have forced people to come to a compromise before, as London suggests. Whether Singapore is ready for such a culture is a debate best left for another day.

However, in this case, the circumstances are different. Disruption of a charity event — as though the YMCA has control over CPF. Spinning tales to make it look like it is a conspiracy after that, when videos have shown they indeed heckled, and were given offers to compromise but refused. Utterly unacceptable. Even any honourable opposition figure would not have agreed with this, as seen by the condemnation swiftly spread around by NCMP Yee Jenn Jong, and the noticeable silence even among opposition figures.

This is nothing short of deplorable. Our views on political matters may differ. However, to use children, disruptive tactics and spinning tales to advance a political cause is simply uncalled for.

How about civil society at large? Many have spoken up based on conscience. Regardless of affiliation, people from all walks of life have given their opinion on what they thought on the Hong Lim Park issue. Yet, this reminds us that the silence of the silent majority may have indeed caused some opportunistic people to take advantage of the silent to spin tales that carry nothing valuable except emotional rhetoric. The silent majority would do well to heed this lesson and not stay so silent anymore. As a society that is increasingly seen as polarised politically, such standing up for right and wrong is indeed a step forward for the level-headedness of people who generally care about the nation, yet it is several steps back for the activists: how would people go about public advocacy in the face of a few bad eggs abusing the rights to voice their dissatisfaction at the G, and in the process, disregarding everyone else?

As Singaporeans, we have learnt two lessons: there are mad protesters, and that the silent majority needs to step up a little more often on matters that concern them, or else such an act of madness will repeat itself. No sympathy at all to the protestors, and hopefully the kids are alright from the madness.

Roy Ngerng deserves every bit of being sued by the Prime Minister. He should continue to be litigated by the other organisations - GIC, YMCA even the NParks. 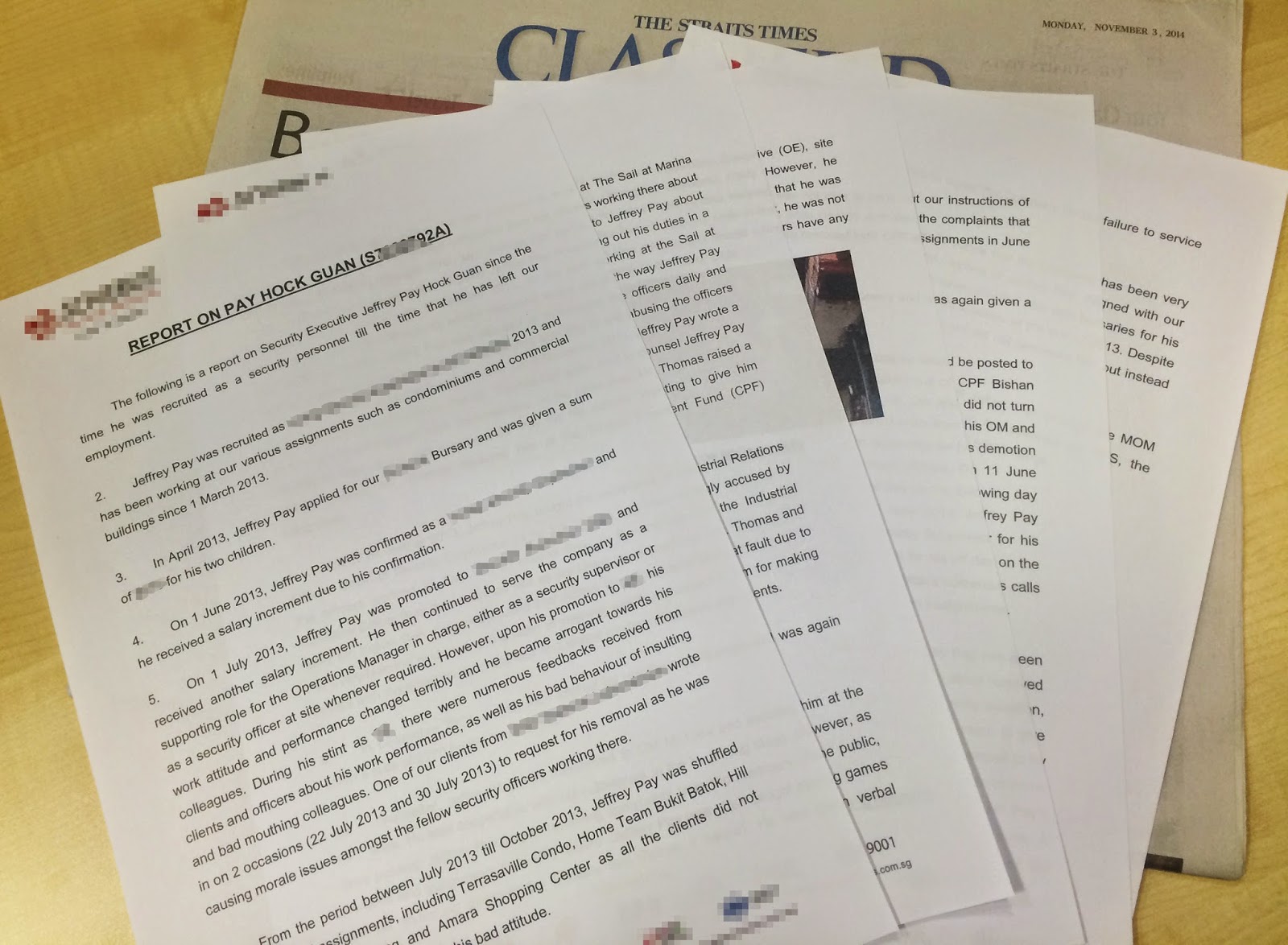 False accusation by former security officer on The Real Singapore

10 reasons to unlike and stop reading TRS